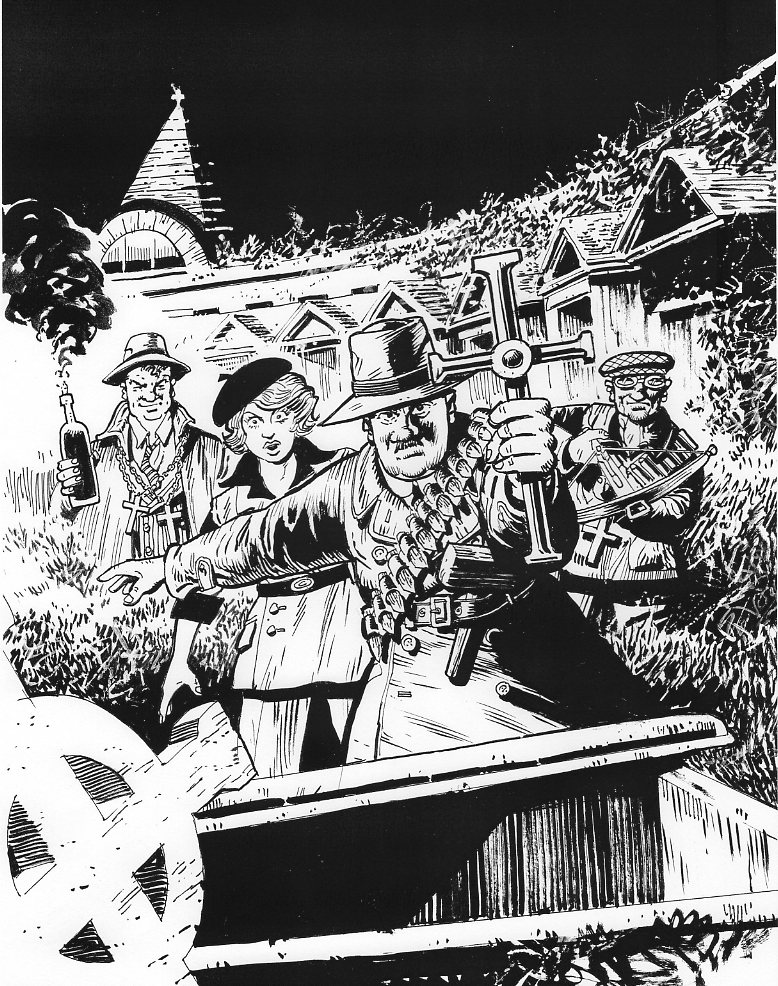 Written by screenwriter Stephen Walsh and drawn by Keith Page, Charlotte Corday’s many lives include a steampunk space explorer and a French detective of some sort getting involved in all sorts of arcane exploits in 1950′s London which could best be described as “Brighton Rock meets Quatermass and the Pit“.