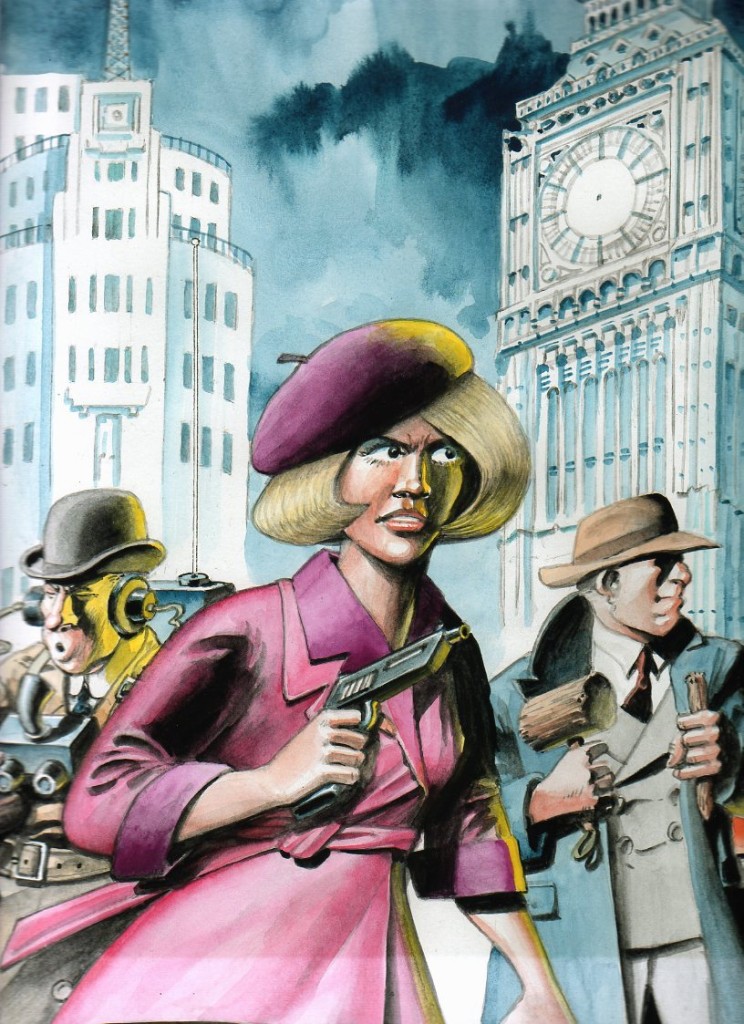 The stories are listed in below in a sort of chronological order, but most do not follow on from each other and some, because of the multiverse existence of Charlotte Corday, encompass similar storylines but told in different ways… 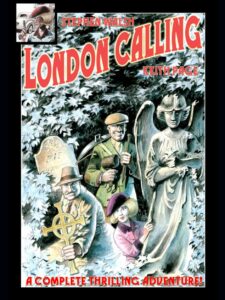 By Stephen Walsh and Keith Page 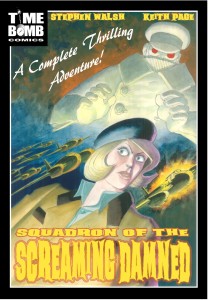 Squadron of the Screaming Damned

The follow up to London Calling. Charlotte Corday is back as the mysterious secret agent whose missions are so top secret even she doesn’t know what they are and opens with a Word War Two German U-boat surfacing in Charlotte’s bathtub, as Page and Walsh give us another fabulous dose of the weird and wonderful that made London Calling such a hit.

• Find Squadron of the Screaming Damned on AmazonUK 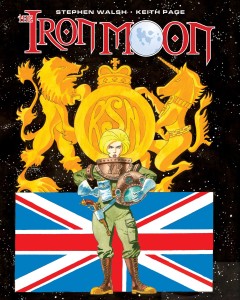 In which we learn of Queen Elisabeth the First’s enthusiasm for the Wild West, how Charlotte helped to foil the Vampiroid invasion and how the London Bus Pirates once menaced the streets

In which Charlotte plays two roles in the true stories of Spring Heel’d Jack and Alice in Wonderland. And how Charles Dickens was involved in the construction of the first Tube line.

In which Charlotte appears somewhat bewildered in the 1970’s. The usual sort of thing, including a secret government plot, a huge floating city and the Great God Fantog. Plunger’s last case is a pretty spectacular one.

“This is written by Stephen Walsh and is based on an actual event, notes Keith, “and was inspired by a mixture of A Clockwork Orange, The Quatermass Conclusion  and Captain Scarlet!

“It also features some new characters, ; a youthful writer and someone inspired by Steve Strange.I have a brief appearance as a young artist visiting ‘Matt Pills’.”

A full colour adventure set in space, crammed with affectionate nods to SF comic heroes such as Dan Dare and Jeff Hawke 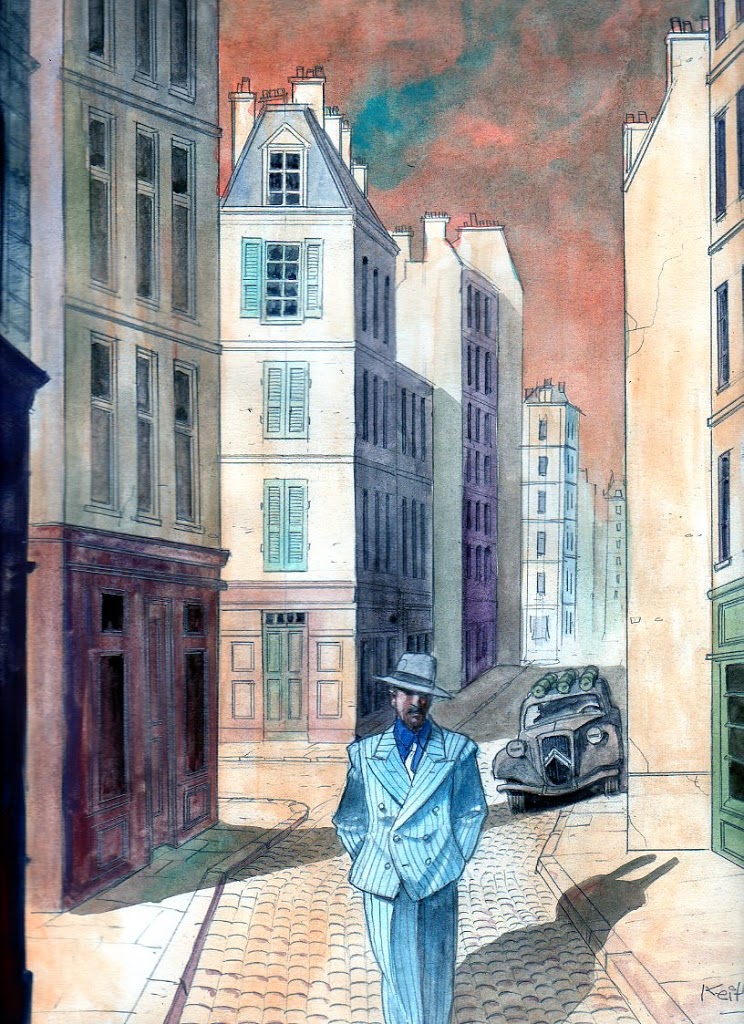 Opening before World War Two and featuring a young Charlotte Corday and, later, her older self, this story features Charlotte’s father in more than one guise, and sets out many of the themes seen in longform stories such as  Squadron of the Screaming Damned.

Charlotte Corday of the Süreté

Published in part on the part on the ROK Comics mobile platform in 2008, this story takes place after “Witchcraft Street” and features Charlotte’s father as a ghostly, invisible talking mule, helping her investigate a bizarre time twisting mystery!

• Available to read online on Tapas for free

Blasted Trubshaw and the Time Before This

Available to read for free on Tapastic
Charlotte Corday meets Mary Shelley, and takes on the real creator of the monster that inspired Frankenstein…

Who are the people behind the mysterious international rescue organisation? Charlotte investigates…

Available to read for free on Tapastic

A multiverse-spanning mystery that may make your head spin…

Available to read for free on Tapastic

Available to read for free on Tapas