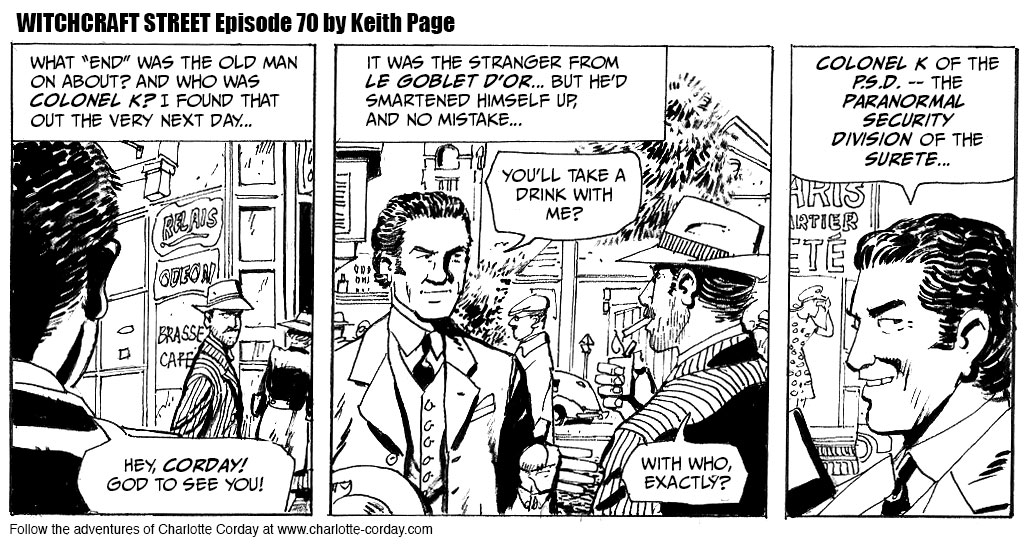 The Sûreté, one of the world’s first police forces to be organised along modern lines, was founded by the celebrated ex-criminal Eugène François Vidocq in 1812. It was his belief that then-current methods of policing were failing to stem the activities of his many former associates among the criminal classes, so he created a special branch of the force based on Napoleon’s political police.

Vidocq formed the département des couvertures, recruited a squad of thirty hardened criminals who promised him that they had reformed and set them to work undercover in the sub-cranial crimosphere of the Paris unterwelt. The legendary Auguste Balls was in charge of an increasingly well-endowed département des déguisements, deploying a shattering array of false noses and horse-hair wigs to make sure that the members of the squad should not be recognised by their former friends, lovers and accomplices.

But such excellent results were as nothing to the increasingly and professionally lubricated Vidocq, who now peppered his verbal extrusions with regular references to his childhood adventures as a bread-thief (his own parents operated the bakery; he was caught almost immediately) and sometime in the early morning of 1819 we find his first mention of les fantômes.

And not just ghosts. For (according to Claude Napalme in his Quelque chose vit dans ma tête, et d’autres cas de l’honorable carrière de Claude Napalme, pataphysicien intemporel) it now became apparent to the master criminal/detective that the very walls of the world were mere jellies of permeability, affording unhindered access to the unspeakable.

This alarming state of affairs could not be permitted to remain unaddressed. Production of false noses, humps and forged holy relics was stepped up and soon Vidocq could boast Le chef anonyme du bureau fantôme among the many other titles (official, honorary and self-appropriated) printed on his business cards.

Today, Vidocq is considered by experts to be the father of modern ectophysical paranoimia. He may or may not have been dead when forces of the Nazi occupation of France undertook to merge the various police forces of the country into one body in 1941, sending the bureau fantôme into a strategic concealment from which it has yet to emerge.

His successor and semi-current maitre des ombres, the nebulous Colonel K, continues the great work begun so long ago, whatever it is.