Why is a dead singer walking the streets of post war Paris? A new and life-changing mystery for Jean Corday begins… 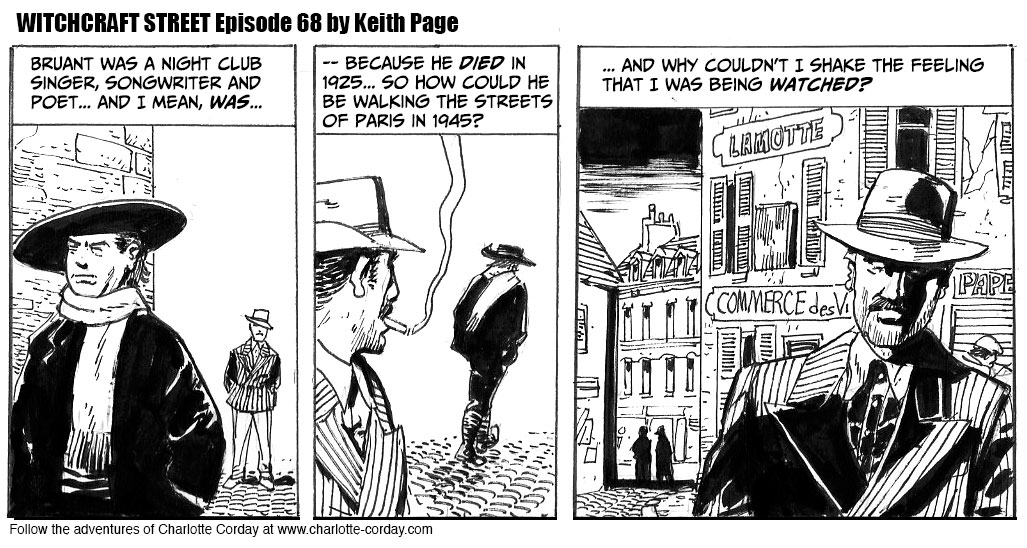 Aristide Bruant was a singer-comedian-entrepreneur and early recording artist – and one of artist Henri de Toulouse-Lautrec‘s first friends in Montmarte. When Bruant opened his own club, Le Mirliton, Lautrec was one of its first regular patrons. 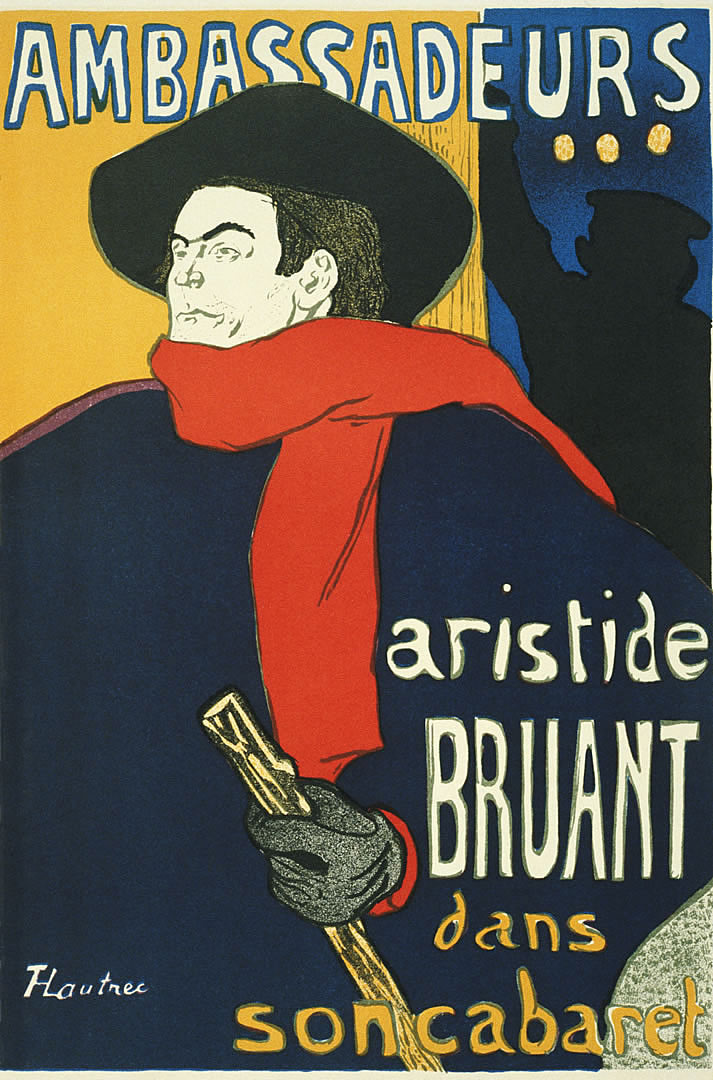 This famous 1892 poster advertises Aristide Bruant’s debut at the Ambassadeurs, a much more upscale venue than his own club, Le Mirliton.
The manager of the Ambassadeurs hated the poster, and Bruant had to threaten to cancel his engagement unless it was used. The manager conceded, but Lautrec never did receive his fee.

Famous for being wittily insulting and degrading to his audiences, the sign at the door of his club read: “For people who like to be told off.”

Lautrec was the only patron consistently treated with respect. When Lautrec entered, Bruant would silence the house and proclaim, “Here comes the great painter Toulouse-Lautrec with one of his friends … and a punk I don’t know.”

He is now remembered chiefly through the poster produced by Toulouse-Lautrec in 1892 for Bruant’s appearances at the upscale café-concert, Les Ambassadeurs, art that’s among the most recognizable of Lautrec’s images and has come to be emblematic of the Belle Époque in the popular imagination – and of course Keith has homaged it in the first panel of this strip. 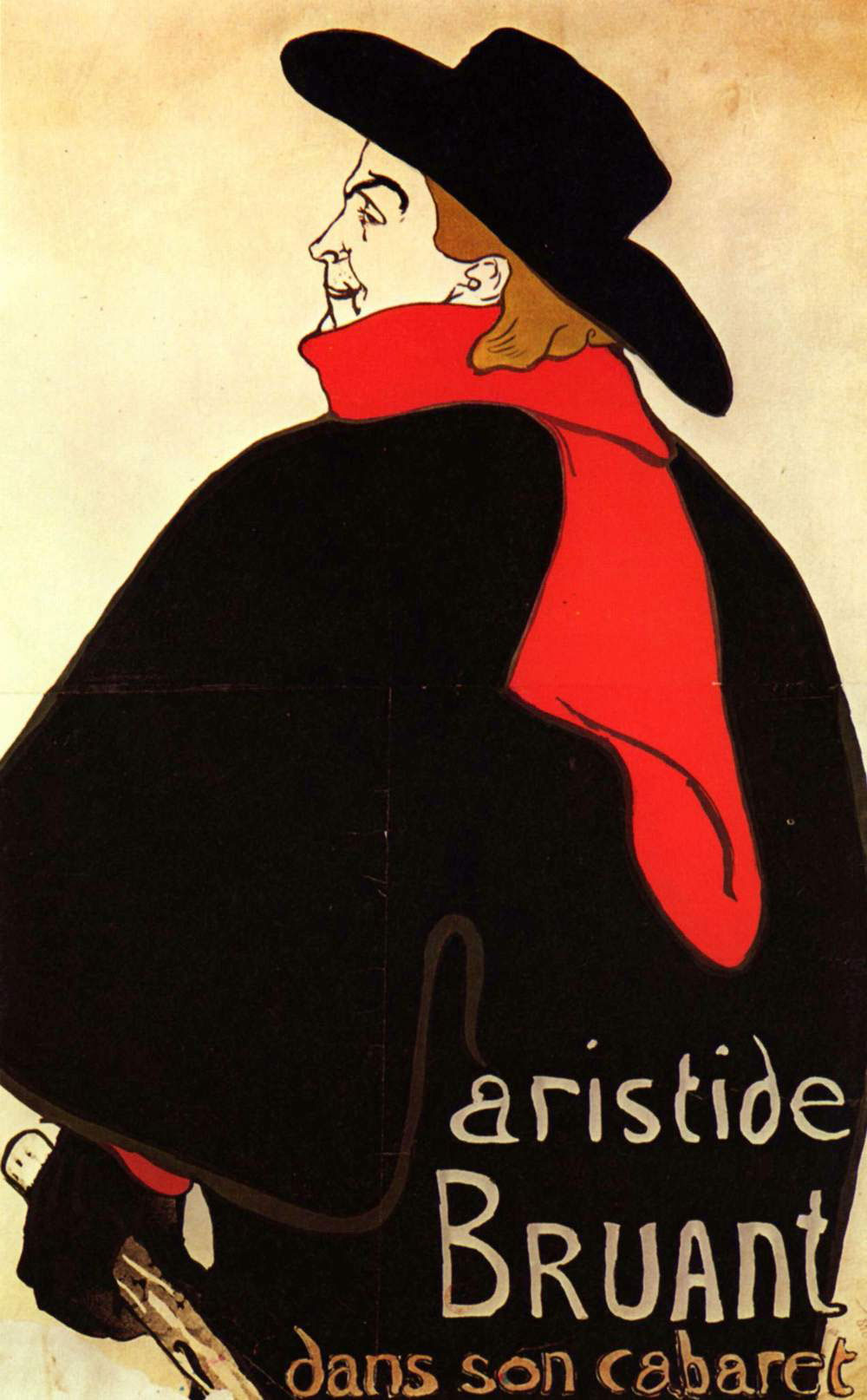 Aristide Bruant, at his Cabaret by Henri de Toulouse–Lautrec. 1893

Bruant developed his distinctive costume  that would thereafter be his trademark in the 1870s: a black corduroy suit, the pants tucked into black boots, a red flannel shirt, large black hat, long red scarf, walking stick, and at times a black cape. Bruant’s sartorial self-fashioning was the first crucial way in which he distinguished himself from both his audience and his fellow performers.

• The Eccentric Masculinity of Aristide Bruant
By Michael L. Wilson

• Toulouse-Lautrec in the Metropolitan Museum of Art