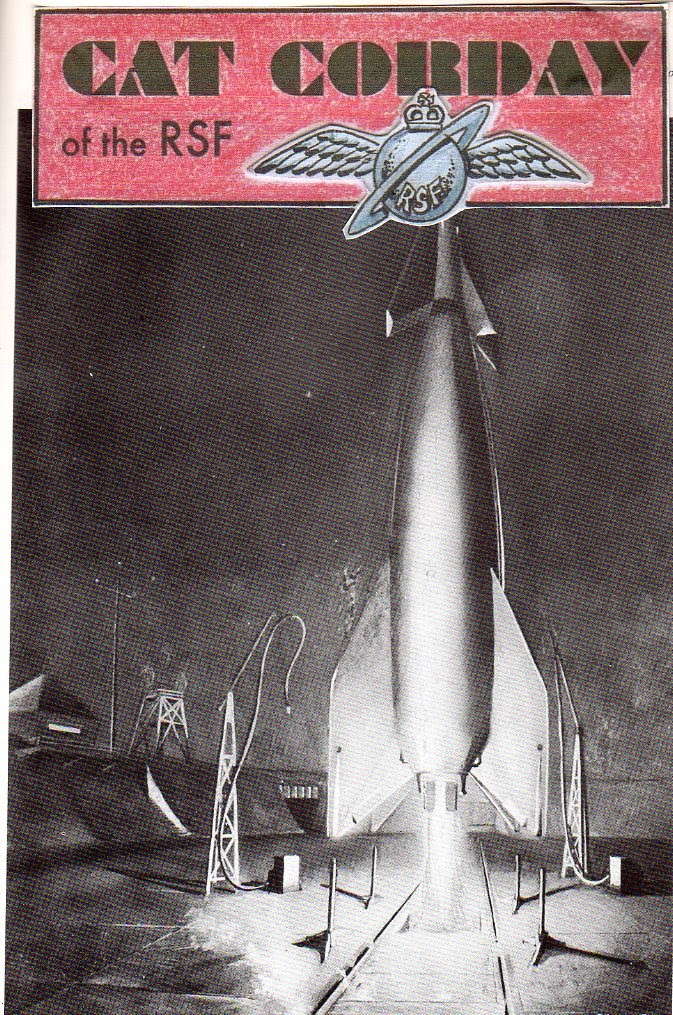 Writer Stephen Walsh has started work on a new Charlotte Corday story, Cat Corday of the RSF, which we previously reported on. It’s a story set on Mars – a Dan Dare type sequel inspired by Quatermass and the Pit, with hardware inspired by the Von Braun study Das Marsprojekt.”

Keith Page has worked up a number of dummy images to get himself in the mood for the project, which he’s posted on his own blog. The artwork he’s used is by one of the British Interplanetary Society’s most visionary early members, Ralph Andrew Smith. 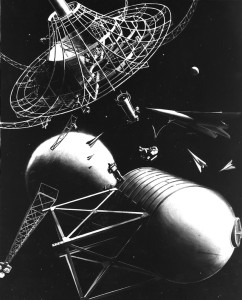 The BIS web site notes that Ralph Smith said that he designed his first spaceship at the age of twelve, in 1917. Although the drawing no longer exists, he left an extensive collection of line drawings and pictures covering most spheres of astronautics. Surprisingly, he did not paint astronautical pictures for his own satisfaction, and rarely painted anything else. Occasionally he might make a pen-and-ink landscape, or copy detail from an old master, and sometimes he did a picture to give to a friend; but in the main the 100 or so paintings and diagrams were prompted by requests or commissions.

Before World War Two he was principally engaged in architectural decoration. He was responsible for the interior décor of several famous London hotels and metropolitan and provincial super-cinemas – affording good grounding for such pictures as his colour painting of the interior of Lunar City. His picture of the construction of the Space Station in orbit won an award by The Perspectivist magazine.

• The British Interplanetary Space Society Space Station, co-designed by R. A. Smith in 1948 with Harry Ross