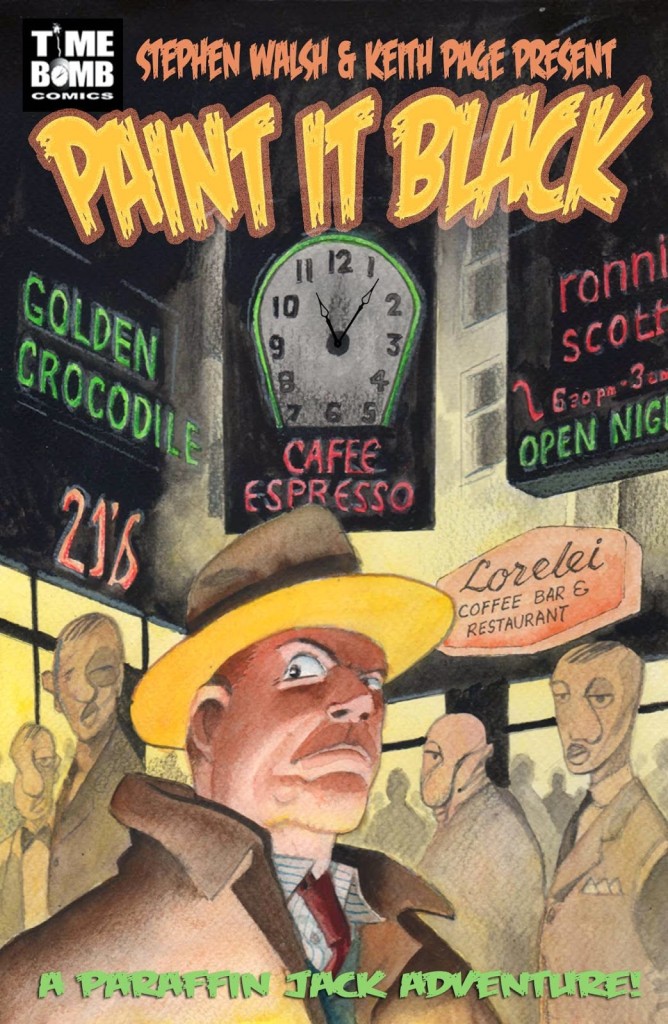 Regular readers should brace themselves, as we prepare to plunge once again into the whiplash echo-chamber of time and land you (with little more than the price of a couple of halves in the French pub in our pocket) in the yellow be-fogged sprawl of 1950s Soho, where, as ever, Something is Afoot. Charlotte will be taking a back seat and putting her feet up in the saloon bar of the Old Gallows Tree as we embark upon a very particular quest with her pal Paraffin Jack McNab in Paint It Black, to be published by Time Bomb Comics.

Join Jack and the girls and boys of V-Cars as they get up to their necks (see what we did there? – editor) in an epidemic of neck-biting and general vampiric carry-on that threatens to sink Old London Tahn good and proper. Additionally, the doors of time itself will be kicked open and left hanging carelessly on their hinges as Jack finds himself adrift and askew in a veritable cavalcade of Londons past, present and future. But there’s always time for a drink, of course, especially with such old and new chums as Thomas deQuincey, Francis Bacon and Tony Hancock. Old Samuel Beckett shows up, too, in a flashback to Jack’s war service and a glimpse into just what started the Only Man What Can Save London along his fateful course. 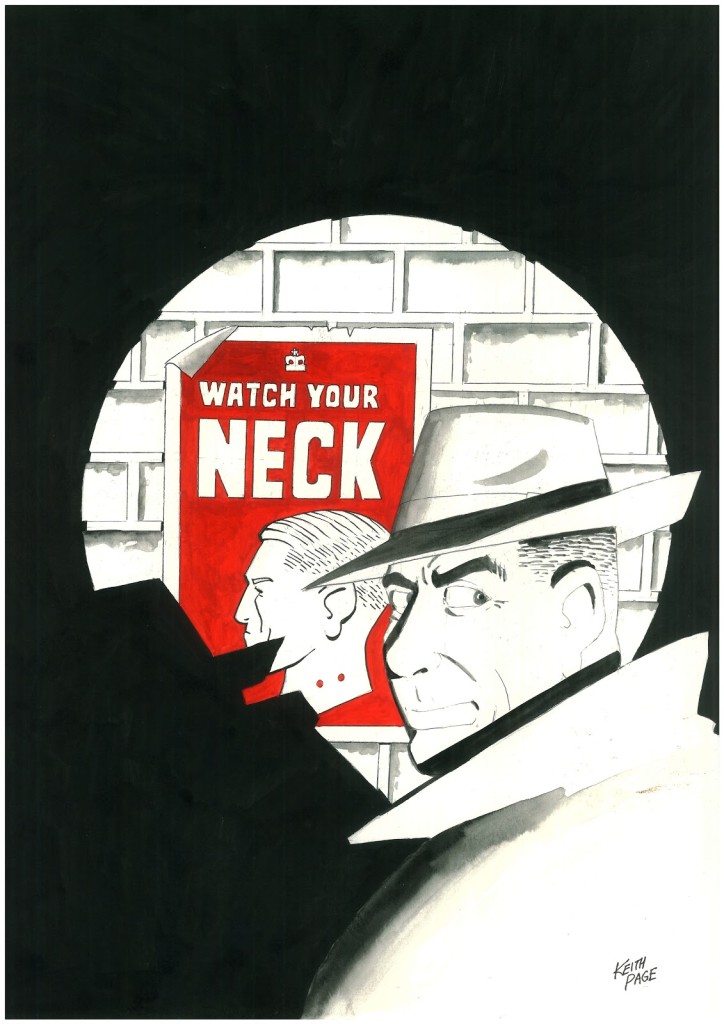 Longer than the Charlotte corday books, Paint It Black will also pleasantly startle with the realisation that it will be told, for the first time, in full colour. Our artist, Mr Keith Page, has out-done himself in this regard, and is presently recovering from the amount of research he selflessly undertook in the hostelries of Soho in order to get the job done. The fog, this time, is yellow. The beer is copper-brown. The blood is red. Our writer, Mr Stephen Walsh, can barely remember the chance encounter in the Golden Crocodile club with the man claiming to be the real Paraffin Jack that set the telling of this thrilling tale in motion, although he has a distinct impression of the number of empty glasses that filled the table afterwards.

So roll on April, when the whole long and short of it shall be published (between hard covers). Join us as battle is joined against That Which Would Overwhelm The Whole Bleedin’ Lot Of Us, as cities burn, as friendships are tested and as London finds its least likely champion in the shape of Paraffin Jack McNab.

And if you happen to bump into him in the meantime, remind him that he owes us a fiver.

One thought on “Paint It Black graphic novel release in April”

London’s Kingsway Tram Subway, featured in “Paint it Black”, opened to the public for tours