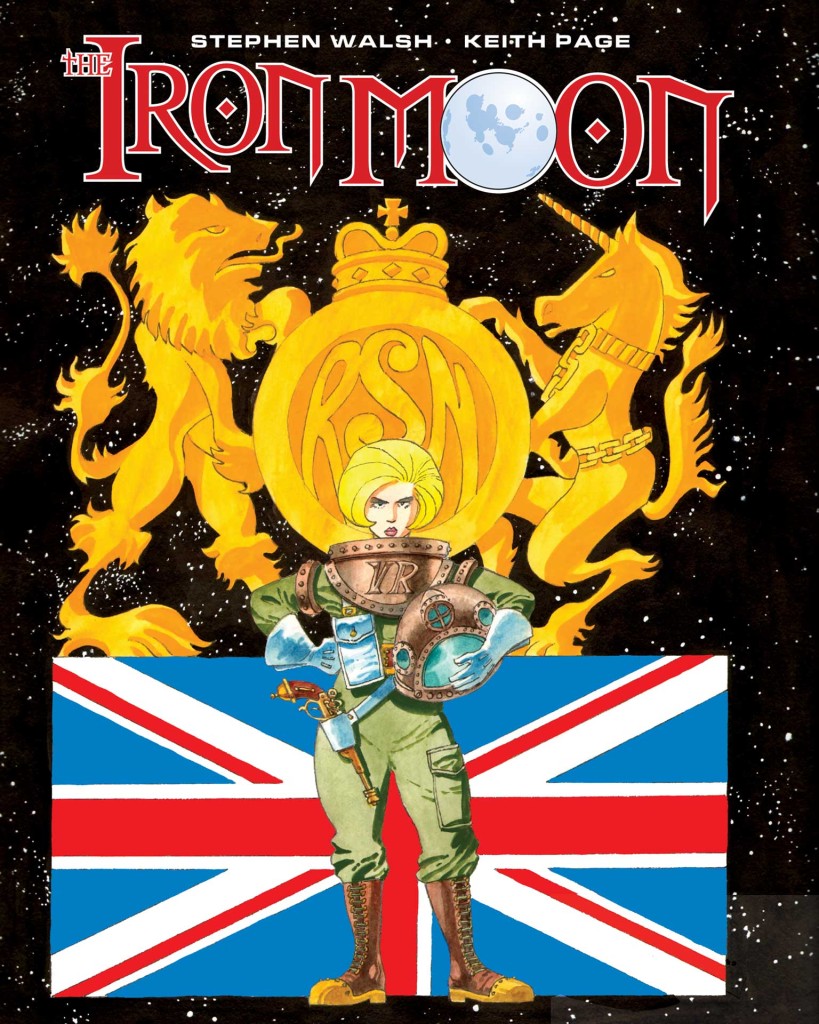 ROK Comics partnership with Stephen and Keith is one of several agreements with comics publishers and comic creators, running alongside its own digital comics publishing programme, which includes titles such as  Team M.O.B.I.L.E. ROK Comics (www.rokcomics.com) has previously published creator-owned and licensed strips for mobile, including iPhone apps – Ligeia the Vampire by Rodrigo Diaz Ricci and Madd Science by Steve English. Further iPhone and iPad apps, working with a number of different publishers, are in development.

Praise for The Iron Moon

“Keith Page’s artwork here is a joy and a revelation… In recent years his own style has really developed and The Iron Moon is proof of the dedication and hard work he’s devoted to his craft. Keith has put an amazing amount of detail into the drawings and the book is a rewarding experience… A refreshing change from all the computer coloured pages usually found in comics these days.”
Lew Stringer, Blimey, It’s another Blog About Comics

“… Keith Page’s imaginative artwork complements and enhances Walsh’s writing. It brings the fantastic and bizarre world to life, no mean feat considering some of the things that the script has asked him to do. That he has done everything asked of him… and done it with such style is an achievement that deserves all the plaudits it will get.”
Gordon Robertson, Comic Buzz

Iron Moon writer Stephen Walsh has written multiple volumes of DC Thomson’s Commando Picture Library, as well as the graphic novel The Acid Bath Case (illustrated by Kellie Strom). He co-wrote the feature films How Harry Became A Tree, released in 2001, directed by Goran Paskaljevic and the upcoming Where The Sea Used To Be, directed by Paul Farren. He’s currently working on a documentary about John Ford with the director Sé Merry Doyle, as well as preparing further adventures of Charlotte Corday with Keith Page.

Inspired by the great British comics artists of the past such as Frank Hampson, Don Lawrence and Joe Colquhoun, Keith Page has worked full-time in comics and illustration for some 17 years. Subjects have ranged from television-related material such as Thunderbirds, science fiction, and his current war stories of all periods for Commando. A variety of Keith’s work can be seen on www.keithpageukcomicsartist.blogspot.com.