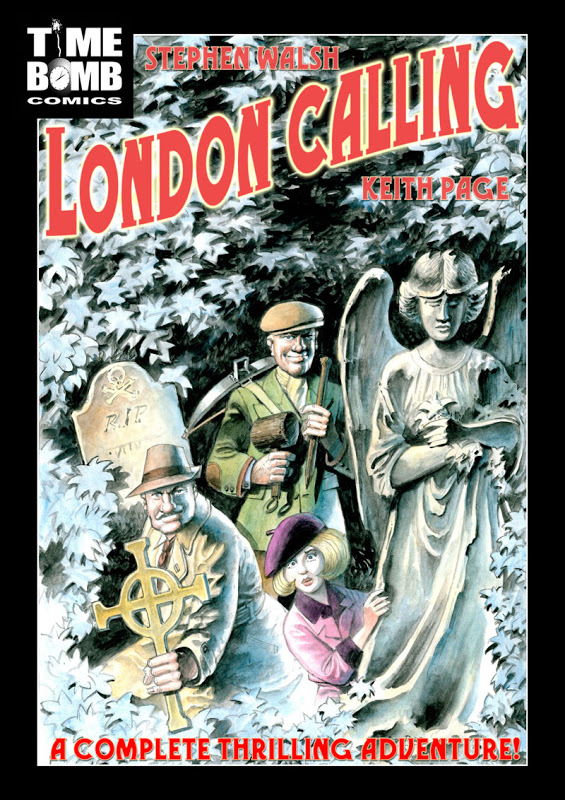 The Charlotte Corday adventure London Calling, published by Timebomb Comics, has just been added to the ROK Comics digital app for iPad, taking its place alongside Iron Moon, which was published in print by Print Media.

Wolverhampton-based audio comics publisher ROK Comics recently revamped its ‘aggregator’ app, which brings together all its ROK Comics – and titles from a number of independent publishers – in one place for iPad and iPhone users.

The app is the place where you’ll find all the ROK audio comics old and new – Team M.O.B.I.L.E., The Beatles Story, Houdini Adventures and a number of (non audio) comics such as London Calling published in partnership with other companies and creators.

The iPad version of the re-worked ROK Comics hub app also features an in-app version of “Comics Communique”, a news stream offering comics news from around the globe, updated regularly.

The Iron Moon is a fast-paced steampunk-inspired adventure starring no-nonsense adventuress Charlotte Corday and is also available worldwide for iPad through the ROK Comics app.