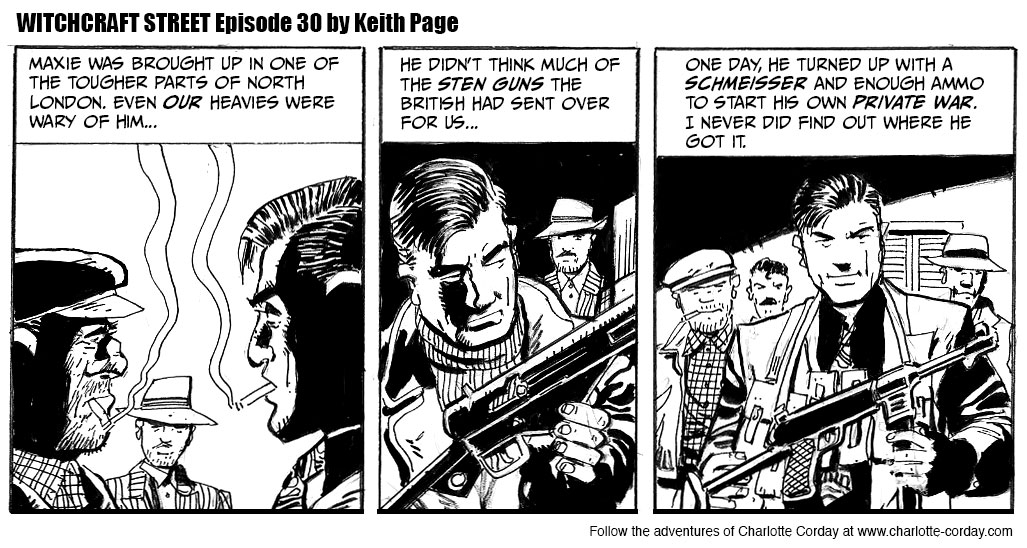 The MP 38 and MP 40 (MP designates Maschinenpistole) were submachine guns developed in Nazi Germany and used extensively by Fallschirmjäger (paratroopers), platoon and squad leaders, and other troops during World War Two. Both weapons were often erroneously called the Schmeisser, despite weapons designer Hugo Schmeisser’s non-involvement in their design and production. By the end of the war, the MP 40 and its derivatives were being issued to entire assault platoons on a limited basis.

There were never enough MP 40s available, because raw material and labor costs made it expensive to produce alongside the Karbiner 98 rifles that were more regularly used by German troops.

Although the MP 40 was generally reliable, a major weakness was its 32-round magazine. Unlike the double-column, dual-feed magazine insert found on the Thompson M1921-28 variants, the MP 38 and MP 40 used a double-column, single-feed insert. The single-feed insert resulted in increased friction against the remaining cartridges moving upwards towards the feed lips, occasionally resulting in feed failures; this problem was exacerbated by the presence of dirt or other debris.

• There’s more information on the weapon here on Wikipedia.