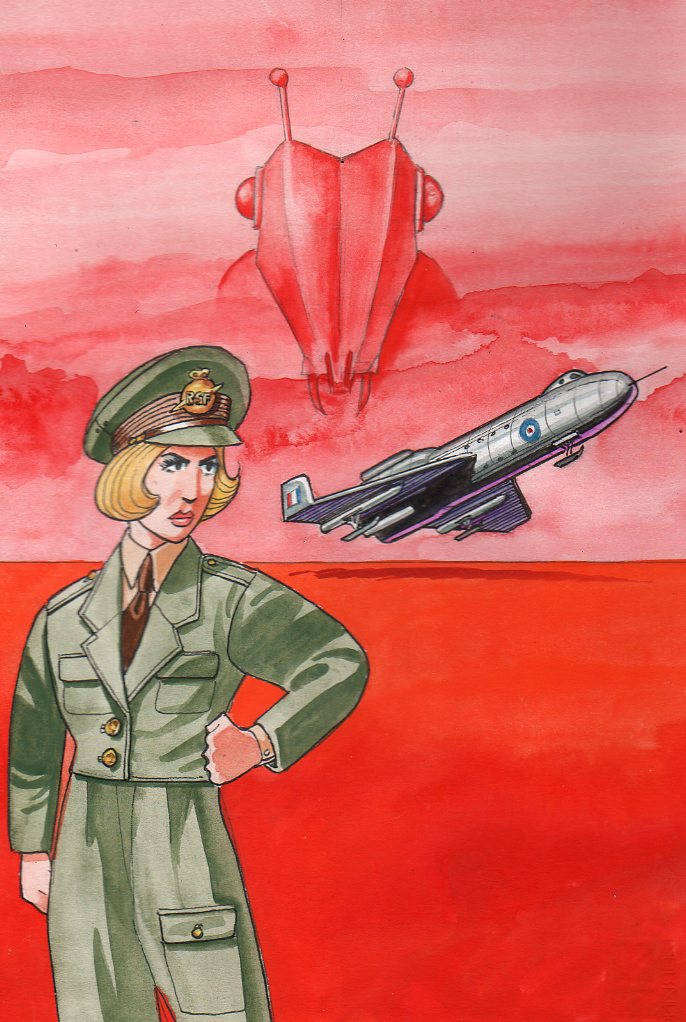 Artist Keith Page may be busy working on a year-long World War One series for DC Thomson’s Commando at present, but that doesn’t mean he and writer Stephen Walsh aren’t thinking about new Charlotte Corday adventures. With work on an as-yet unpublished Corday story, Plunger’s Last Case, now complete, the pair have hatched an idea for a story set on Mars – “a Dan Dare type sequel inspired by Quatermass and the Pit,” says Keith, “with hardware inspired by the Von Braun study Das Marsprojekt.”

German rocket scientist Wernher von Braun, who was instrumental in America’s success in the space race, made the first engineering analysis of a manned mission to Mars in 1948. He published his calculations in 1952, and they subsequently reached a wide audience in Collier’s magazine, a series of books, and a Walt Disney television programme. “What is astonishing,” notes the Encyclopedia Astronautica web site, “is that Von Braun’s scenario is still valid today.

In 1948, with the US Army’s V-2 test project winding down, Wernher Von Braun was ensconced in isolated Fort Bliss. He had, unusually, some time on his hands and occupied himself by writing a novel concerning an expedition to Mars, grounded on accurate engineering estimates. As an appendix to the novel he documented his calculations.

The novel was reportedly awful (and was not published until 2006), but Von Braun used the calculations as the basis for a lecture at the First Symposium on Spaceflight held at the Hayden Planetarium in New York on Columbus Day, 1951. Von Braun’s concepts, illustrated by magnificent Chesley Bonestell paintings, were made available to a large public with the publication of a series of articles in Collier’s magazine beginning in February 1952, subsequently released as a book, Across the Space Frontier, in 1953. The technical appendix was published in German as Das Marsprojekt in 1953 and in English in America in 1962 as The Mars Project. 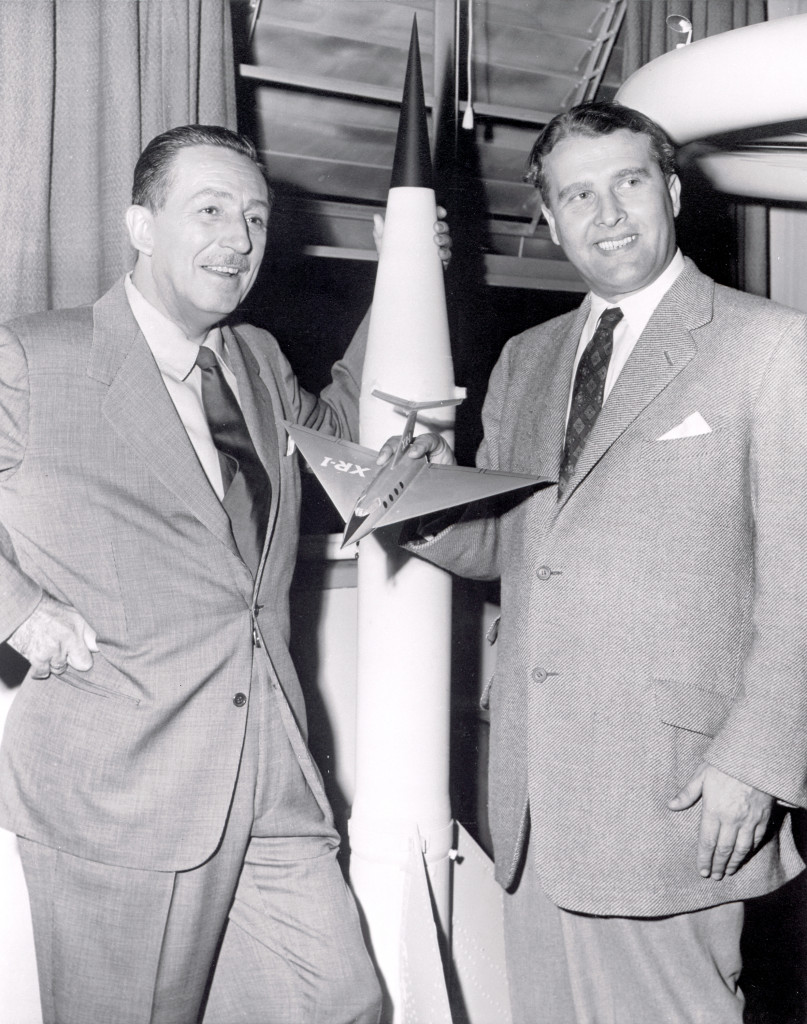 Refined designs were presented in 1956 in The Exploration of Mars and reached an audience of 42 million Americans in a series of programmes televised on the Walt Disney show. Von Braun’s concepts were known to a wider audience than any other of the period and it’s argued no other series of articles, books, and programs did more to popularize the idea of manned space travel before Sputnik. The work has certainly inspired some to believe his calculations were put into practice, in secret, and that there are manned bases on Mars already… but why? Could they be fighting some deadly alien foe?

“As soon as Keith gets back from the Dundee trenches we plan to go to Mars,” enthuses Stephen Walsh. “Much of the “invasion” of Earth will take place offstage, as it were, with Charlotte emerging into the aftermath at which point the Royal Air Force set off for Mars to prevent a recurrence. So it’ll be a “sidequel” to Quatermass and the Pit; a tribute, really.”

Charlotte Corday previously travelled into space in The Iron Moon, first published by Print Media Productions (although print editions are hard to come by) and is available as a digital edition for iPad.

• The Mars Project on Wikipedia