Long before the colour version of Iron Moon was published by Print Media (and digitally by ROK Comics), Charlotte Corday aritst Keith Page developed an earlier version of the story which was changed dramatically when writer Stephen Walsh joined the Charlotte Corday team.

Featured below are the six pages Keith wrote and drew.

“I fancied doing a steampunk story and also took a little inspiration from the 1950’s ‘Kemlo’ novels by E C Elliot which featured the adventures of the first generation of teenagers to be born on space stations,” Keith reveals. “I wrote this myself and Rod Barzilay was keen to feature it in Spaceship Away, although I declined.

“Some time later I mentioned it to Stephen and sent him these six pages, which was all it consisted of.” As you can see, there are none of Stephen’s touches in these pages such as a mention for political prisoner Oscar Wilde, imprisoned on the Iron Moon itslef.

“Oscar Wilde never occurred to me; all of the published story is Stephen’s invention,” Keith acknowledges. “He has some ideas to make it a trilogy with ‘The Iron Sun’ and ‘The Iron Stars’.

“I actually wish I’d drawn it in black and white like the other stories,” Keith says, although some readers may disagree with him there!

“Maybe I will one day, with completely revised artwork…” 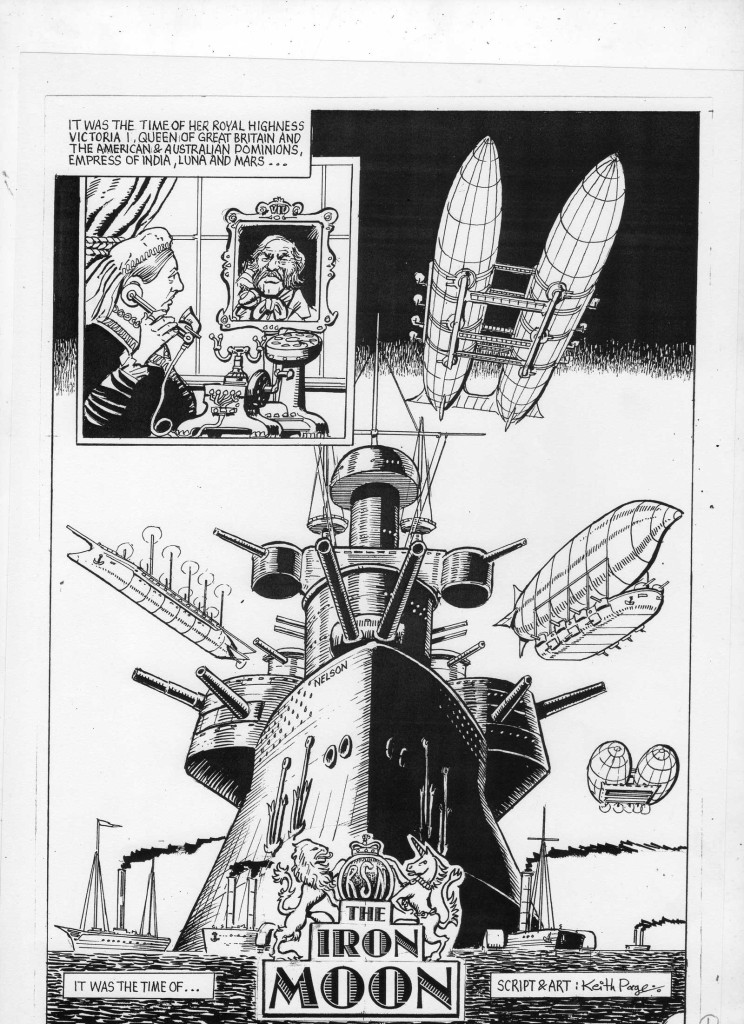 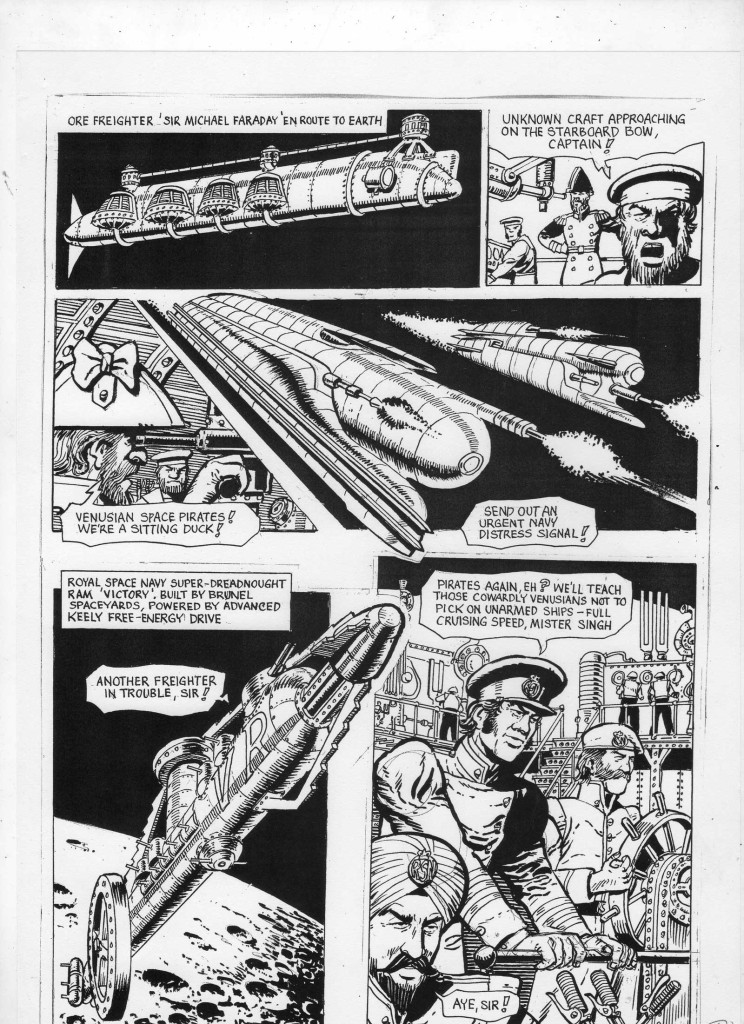 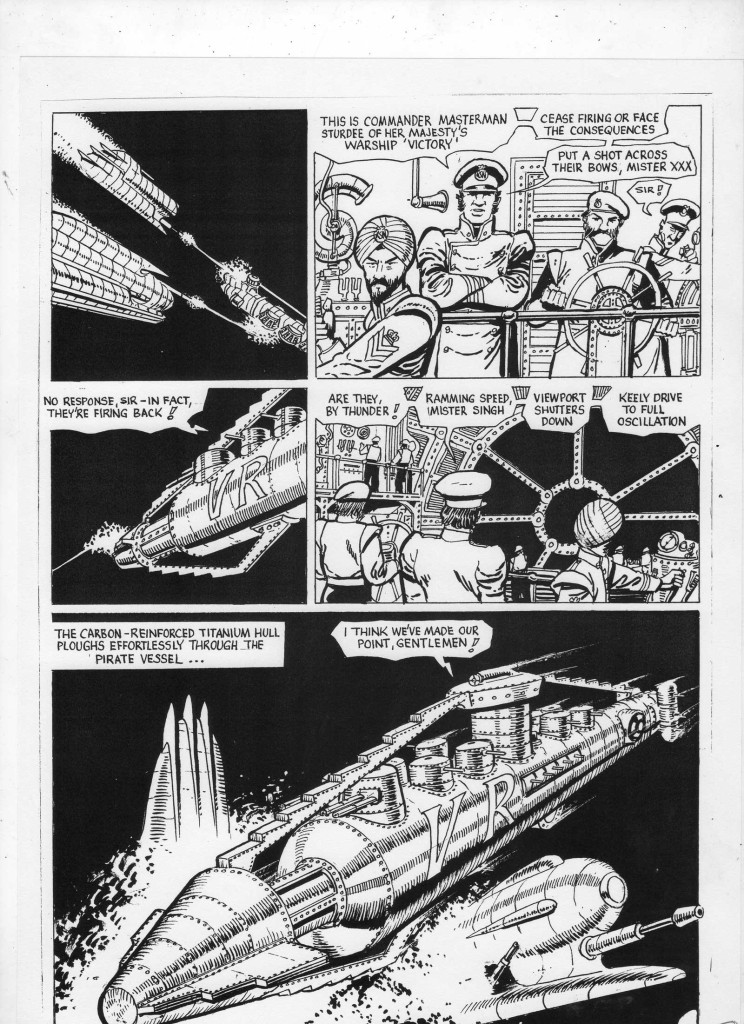 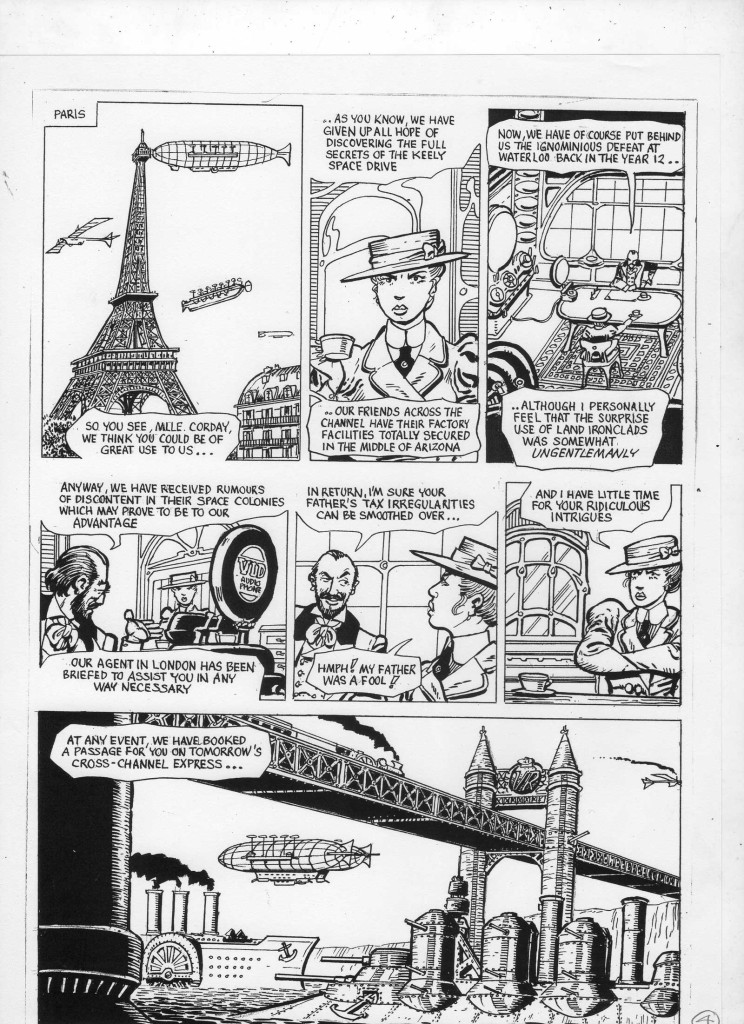 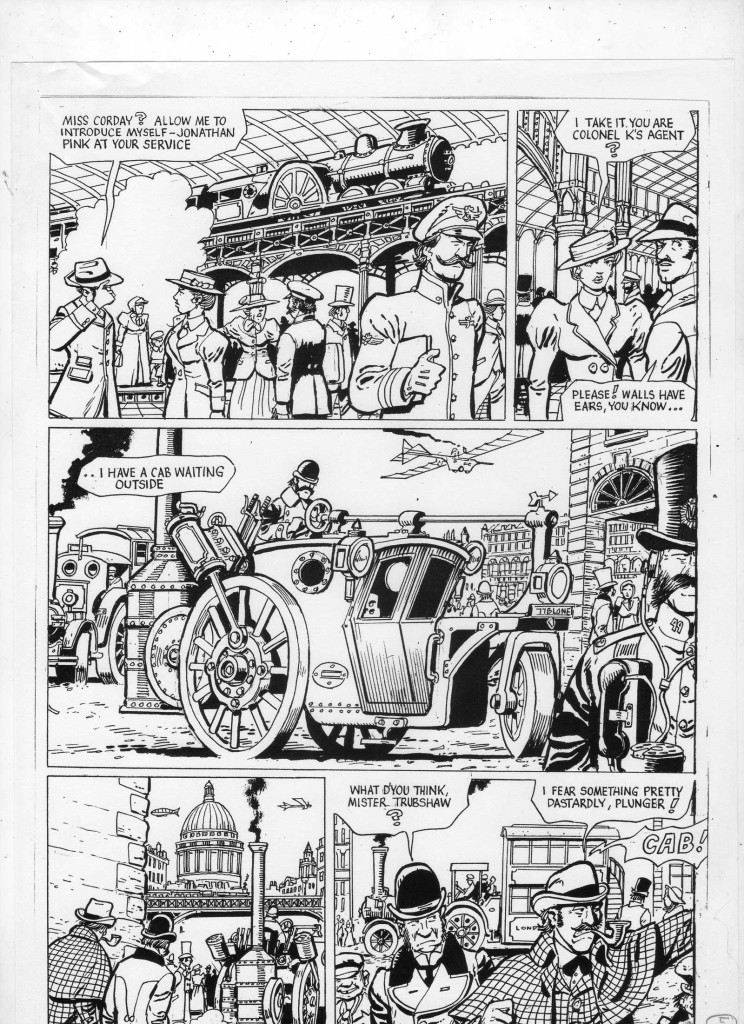 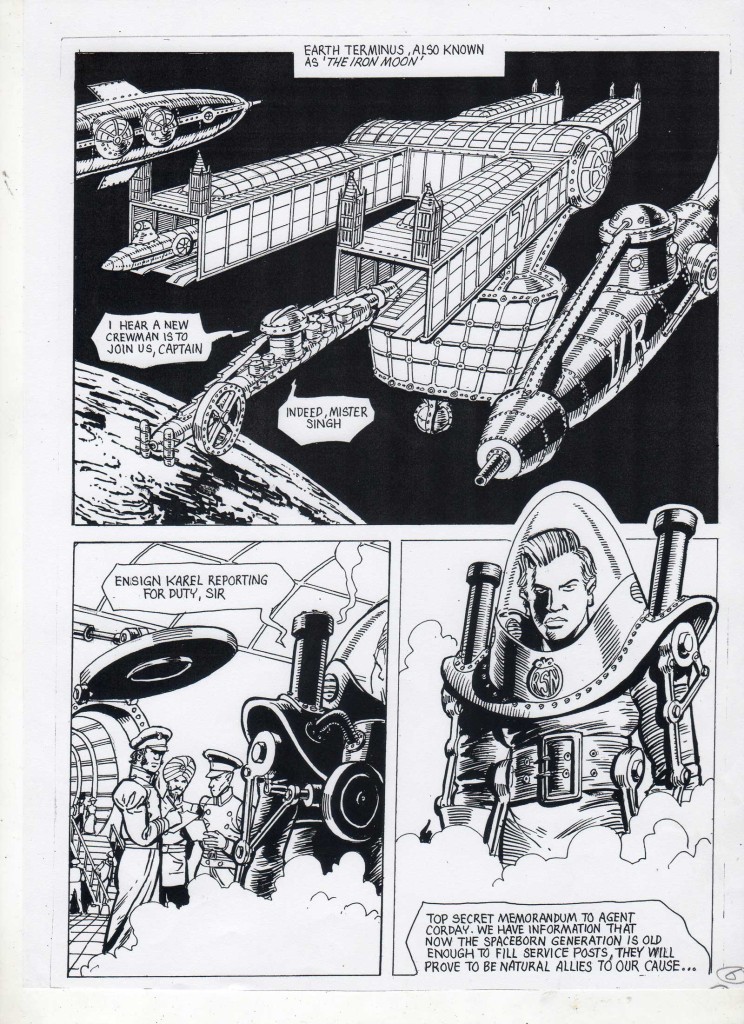 The Ballad of Jankers Johnston