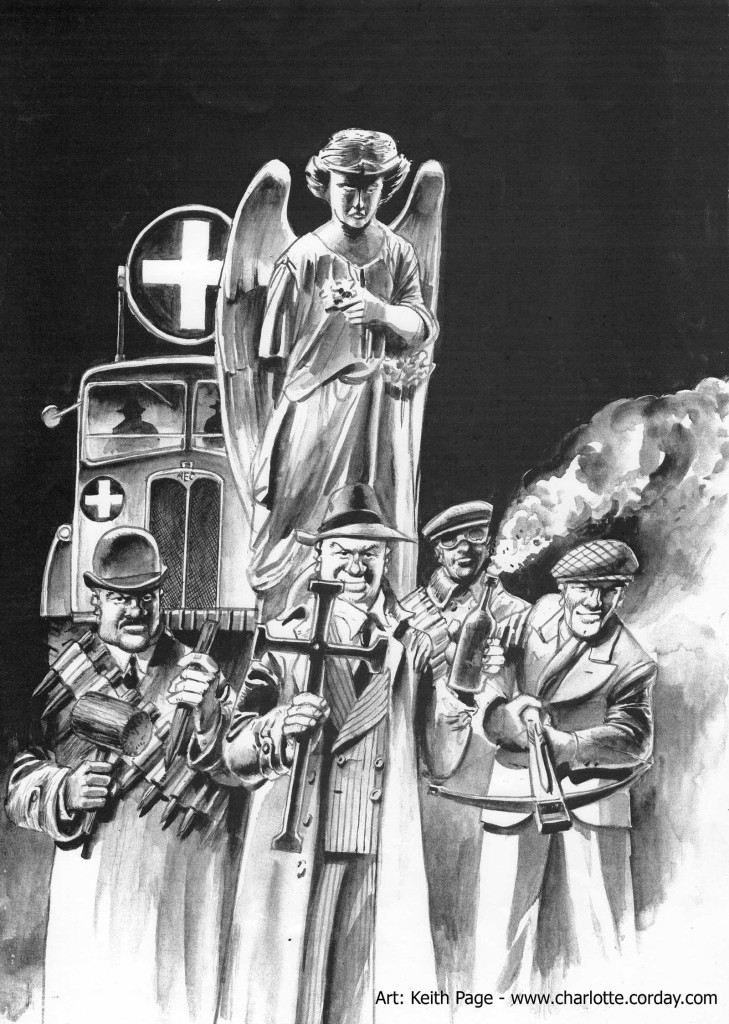 Their weapons, apart from the traditional wooden stakes, include crossbows and ʻdaylight bulbʼ searchlights. Jack will appear in his own spinoff colour graphic novel Paint it Black.

Iʼve also designed a Steampunk version of the squad for possible future use. 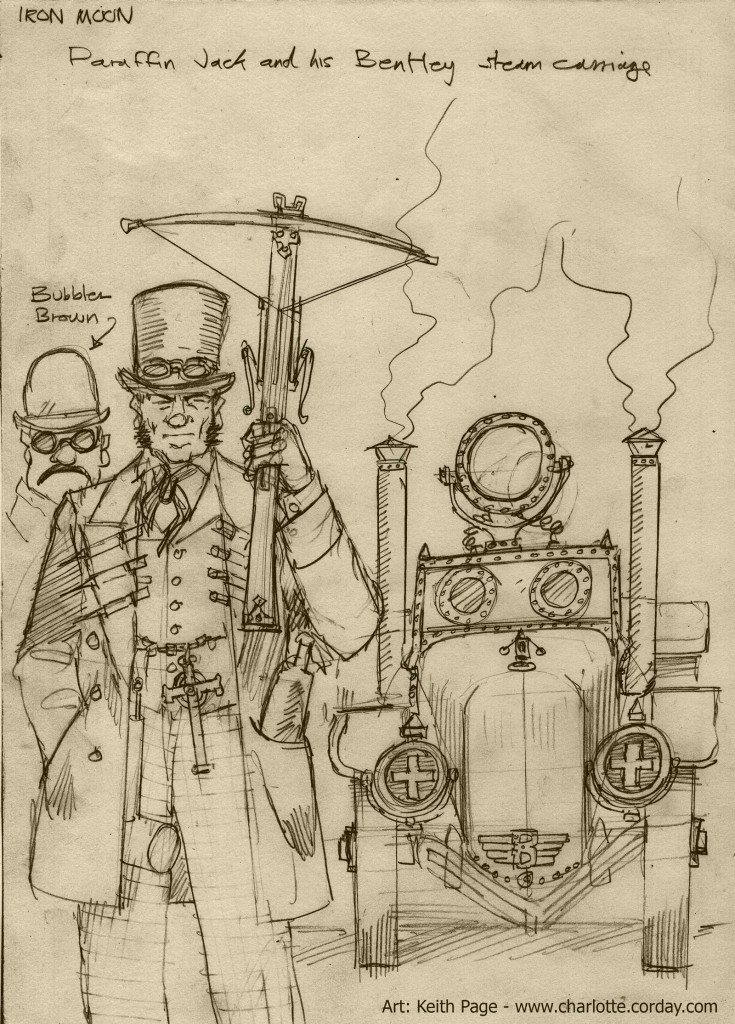