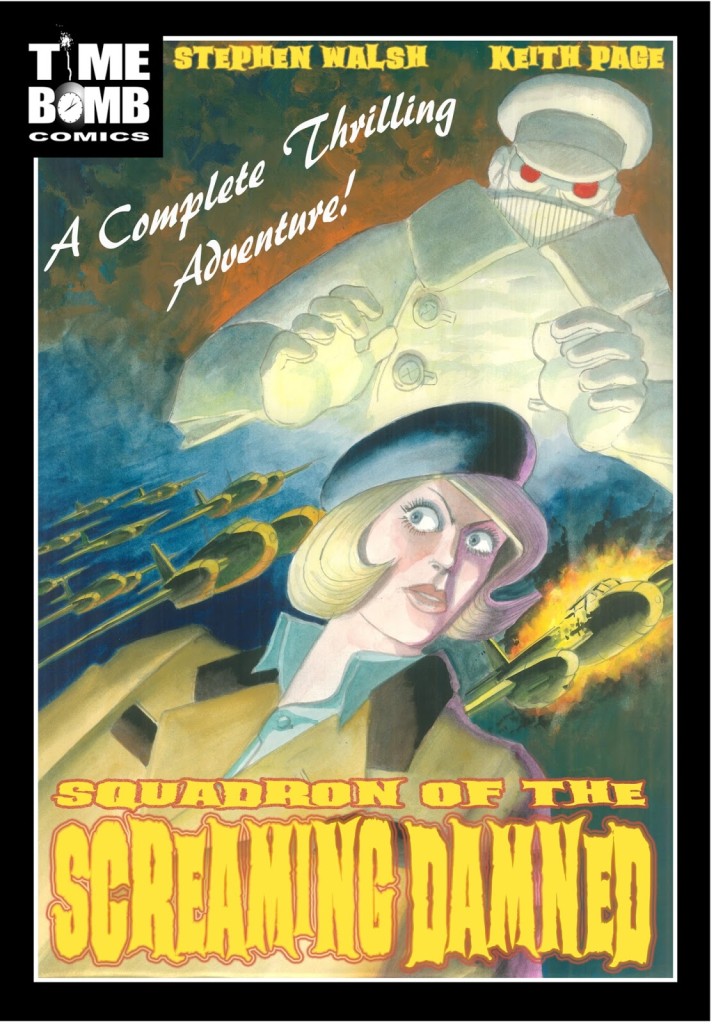 Time Bomb Comics are the publishers of the Charlotte Corday story Squadron of the Screaming Damned by Stephen Walsh and Keith Page, the follow up to London Calling, the critically acclaimed graphic album the same company also published in 2010.

There’s a U-boat in the bathtub which can only mean one thing: The world is unravelling like an old jumper – again! Join mixed-up secret agent Charlotte Corday as mystery once more refuses to take no for an answer and follows her from the pubs of Soho to the depths of under-London and the very edges of unreasonable behaviour!! For God’s sake put the kettle on… before it’s too late!!!

With stunning artwork by renowned Commando and The Casebook of Bryant May: The Soho Devil artist Keith Page, Squadron of the Screaming Damned is again set in a 1950’s London one-step sideways to our own, and told in a style that hearkens back to classic British comic strips of yesteryear.

Squadron of the Screaming Damned will be released at the Nottingham Nerd Fest convention on Saturday 5th October – and here’s some cracking pages to give you a tatser of the 56 page black and white story!

• More Time Bomb Comics at www.timebombcomics.com; and more preview pages from Squadron of the Screaming Damned on the publisher’s Short Fuse blog