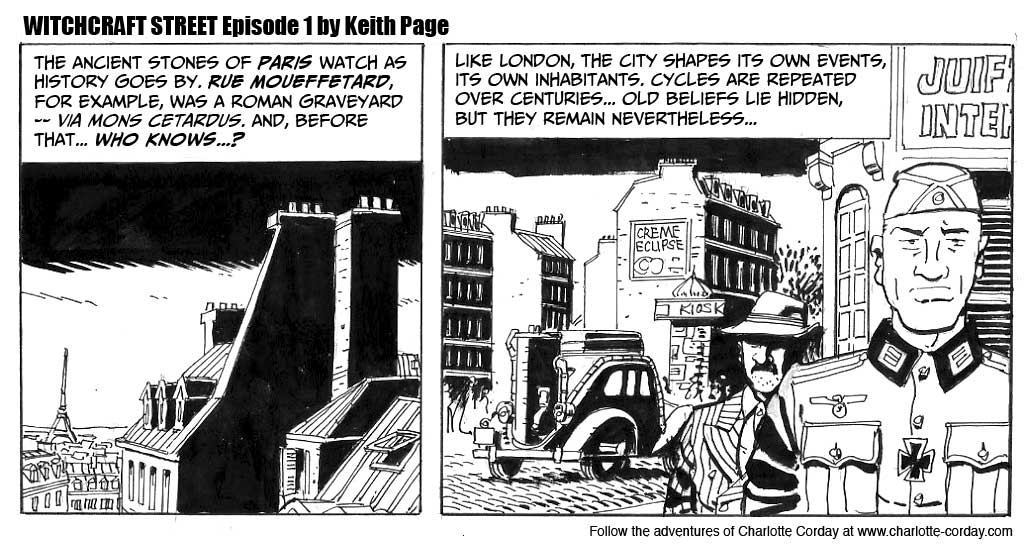 Situated in the fifth (cinquième) arrondissement of Paris, Rue Mouffetard is one of Paris’s oldest and liveliest neighbourhoods, today offering many restaurants, shops, and cafés, and a regular open market. It is centered on the Place de la Contrescarpe, at the junction of the rue Mouffetard and the rue de Lacepede. Its southern terminus is at the Square Saint-Médard where there is a permanent open-air market. It is closed to normal motor traffic much of the week, and is predominantly a pedestrian avenue.

The rue Mouffetard runs along a flank of the mont Sainte-Geneviève hill that was called “mont Cétarius” or “mont Cetardus” from Roman times. Many historians consider “Mouffetard” to be a derivation of this early name and it has several others down the centuries, including rue Montfétard, Maufetard, Mostard, and also rue Saint-Marcel and rue de la Vieille Ville Saint-Marcel (“street of the Old Village Saint-Marcel”).