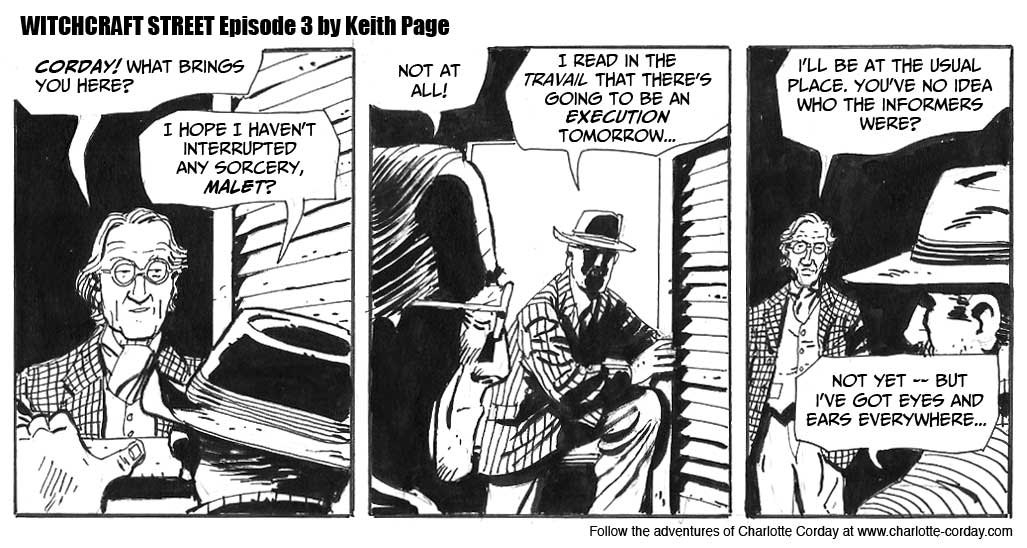 Jean refers to the newspaper, a daily called La France au Travail, which began publication after the invasion. Its slogan was “national communism” and, given milder censorship in the occupied France than elsewhere under the Nazis, was patriotically French. In an article for the Fourth International published in June 1941, Terence Phelan says that “While ‘admitting’ that the Germans, having beaten the French in fair fight, had a right to occupy the strategic north until the campaign against England was completed, it ‘pressed’ for the retirement of the invader at ‘the earliest possible moment.’

“With obvious access to police archives, it ran a devastatingly documented series of attacks on the late Reynaud government, proving to the hilt its suppression of civil liberties, its graft, frameups, anti-labour policy, etc. It attacked capitalism savagely, and called for a French renaissance under nationalist slogans. It even discreetly criticized Germany. (The only place the German cloven hoof showed through was in the paper’s unremitting attacks against the Vichy government.)

“It is difficult to conceive a more accurately aimed, psychologically skillful kind of propaganda than La France au Travail.” Phelan says. “And how did the Paris workers react to this super-French press? To their eternal credit be it reported: they called it ‘the German press’ and used it to wrap potatoes in – when they could find potatoes.” 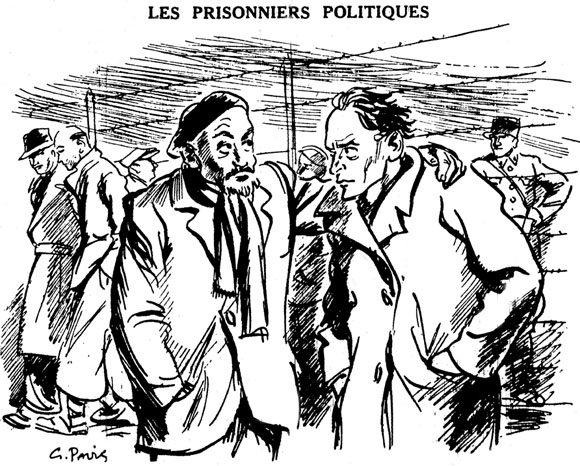 A cartoon by Gaston Pavis from the 3rd September edition of La France au Travail. One political prisoner asks another “And you, what is your crime? To which he replies “I was caught!” The full details are here