Keith Page has been telling the story of Charlotte Corday, his time-hopping, dimension jumping adventurer for several years now, but his newspaper-styled tale, “Wonderbirds at Your Service“, is surely one of his best yet.

Running over almost 70 newspaper-format episodes, published free to read on Facebook and Tapas, “Wonderbirds at Your Service” starts, somewhat curiously, with a conversation between Doctor John Dee and William Shakespeare, moving to a rather dark piece on the Thunderbirds theme – with a twist! 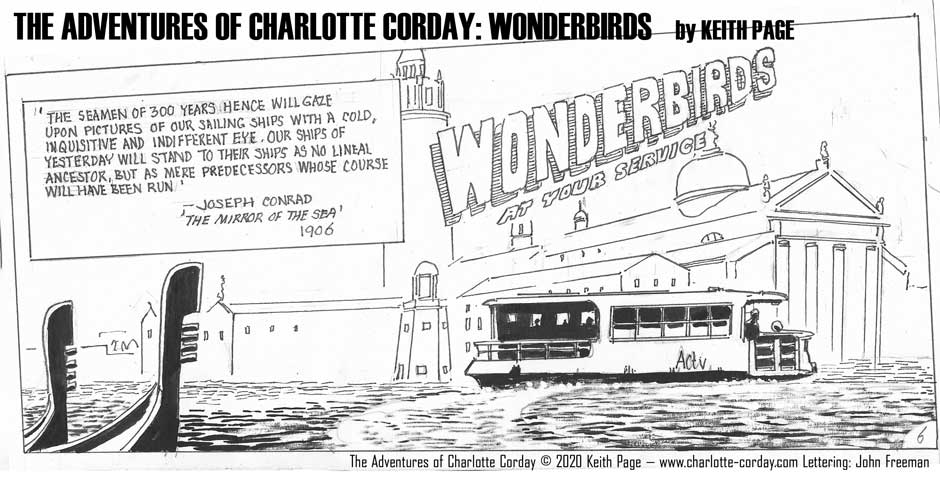 Also written on occasion by screenwriter Stephen Walsh and drawn by Keith Page, Charlotte Corday’s many lives include a steampunk space explorer and a French detective of some sort getting involved in all sorts of arcane exploits in 1950′s London which could best be described as “Brighton Rock meets Quatermass and the Pit“.

• Read “Charlotte Corday: Wonderbirds at Your Service” for free here on Tapas

The Adventures of Charlotte Corday © 2020 Keith Page. No puppets were harmed in the making of this comic strip